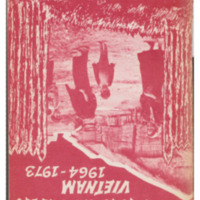 A report by the Department of the Army that studies the organization of legal services during the Vietnam War, the Vietnamese Legal System, the advisory role of the Judge Advocate, Prisoners of War and War Crimes, and the legal status of forces in Vietnam. 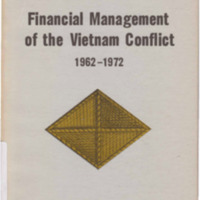 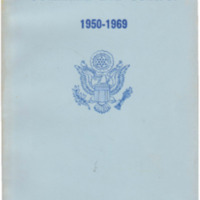 A study that describes the development of the U.S. military command and control structure in Vietnam that focuses on the Military Assistance Command and the U.S. Army in Vietnam.

A report on the Vietnam War compiled by the Commander in Chief of the Pacific and the Commander U.S. Military Assistance Command Vietnam. It covers the air and naval campaign against North Vietnam, the Pacific Command-wide efforts to support the war, and accounts of the war in South Vietnam.

A report compiled of information about 13 indigenous tribes found in the mountainous regions of Vietnam, referred to as the Montagnard tribal groups. The tribes reported on received specific attention due to their strategic importance and close proximity to special forces units. 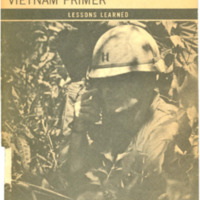 A critique of U.S. Army tactics and command practices in the small combat unit digested from historical research of main fighting operations from May 1966 to February 1967.

America's military involvement in Vietnam has a long, complicated history dating back to World War II. With increasing tensions arising as a result of the Cold War and America's opposition to the spread of Communism around the globe, brought Vietnam squarely into America's geopolitical path. Direct military action began first as "advisors", or American troops arming and training and in some cases serving alongside South Vietnamese soldiers in their Civil War against the Communist Democratic Republic of Vietnam in the North.

Escalation of America's presence in Vietnam great steady throughout the late 1950s and early 1960s. Following the Gulf of Tonkin incident 1964, President Lyndon B. Johnson increased America's combat operations in the country turning it into a full-fledged military action that would last for another decade with the final American soldiers and staff pulling out of Vietnam in 1975.

The Vietnam War was a contentious and pivotal event in America's history. Both at home, with protests and civil unrest aimed towards stopping the war, the often brutal nature of the fighting, the treatment of Vietnam veterans upon their return home, and the larger Cold War implications, the Vietnam War changed much about American culture, politics, and its military.

This collection highlights that military contribution as it offers reports and studies conducted by the Department of the Army and the Department of the Defense. They are invaluable primary sources for historians of the conflict that focuses on multiple aspects of the Vietnam War from combat operations to financial management to the legal system. The collection offers a glimpse into the reasoning and thinking by the decision makers in the field and in charge of operations over command in Vietnam.

The material in the collection comes from the papers of LTG Richard G. Trefry and a collection donated by the Association of the United States Army.